Working in the fashion industry

This project was a quite different role from what I’m used to doing. I’ve designed several CMS and internal applications, but being part of the Back Office team at Farfetch provided me with the amazing opportunity to work as a Product Designer

This, however, gave an invaluable insight of some internal processes that a company like Farfetch has developed and improved over the years, the good news? There was still lots of room for improvement.

One the first challenges I encounter was that the prototyping tool the team was using was Axure, I had to catch up as I didn’t touch Microsoft’s Axure since 2011.

And I’m glad I did, it may not be the pretiest or the easier prototyping tool to use out there but sure it’s one of the more powerful ones and the ability to work with real or simulated data is astonishing.

Working in the back office means designing interfaces that may be only used by a handful of people, opposite to what a consumer facing software may be.

That required a strong understanding and knowledge of the different parts of the business that would be interacting through this app, as Farfetch has a very stablished procedure, we needed to find the perfect solution for each specific process.

This project goal was to design the different sections in charge of the creation and management of barcodes for the different products, this task is made by the different boutique managers across the world.

One of the biggest issues with the existing platform is that is was a very manual and tedious process as it involves uploading dozens or even hundreds or products at the same time, so the solution should streamline that process and make it more efficient and easy to use. 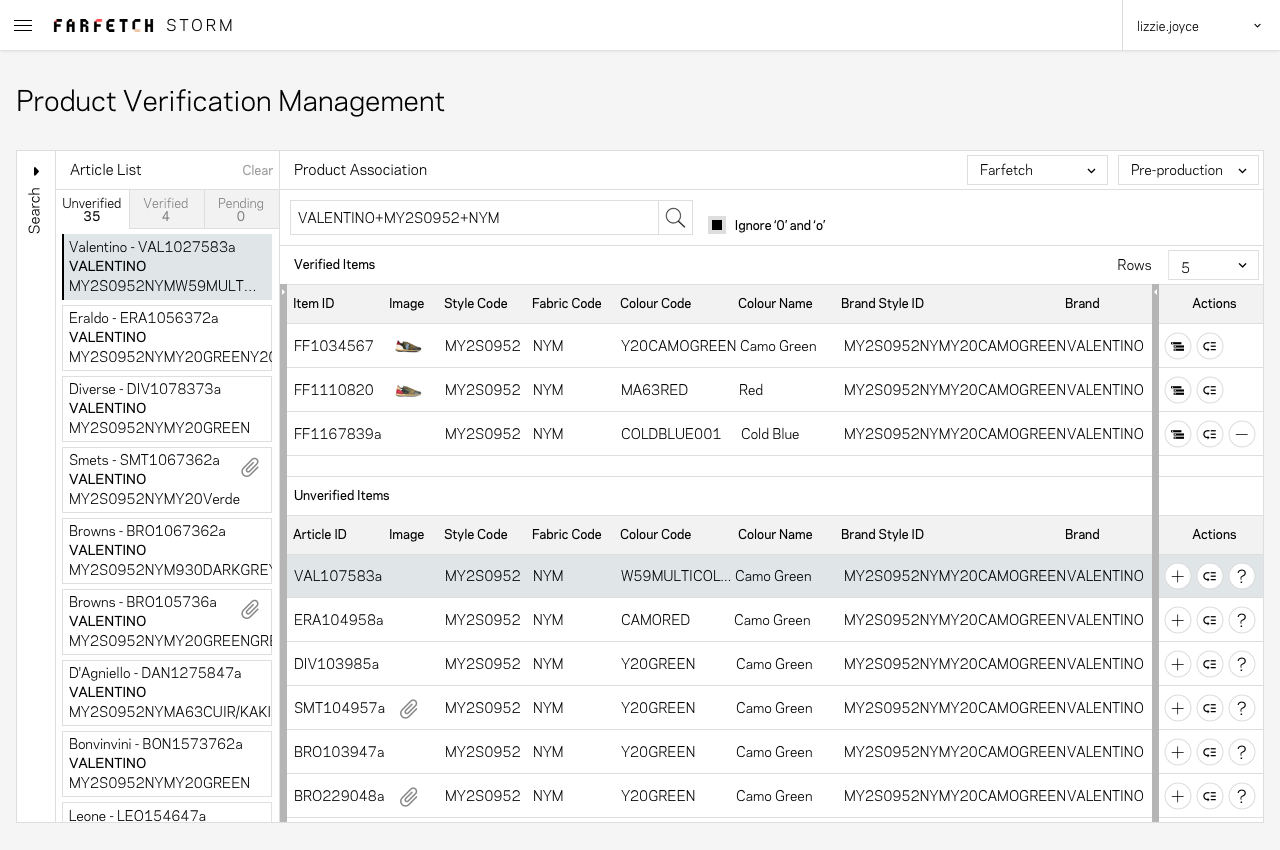 In ocassions, when a boutique upload their products, there may be the chance that one or more of those products may exist already in the system, as they could have been uploaded and sent to production by another boutique.

This case is very important as sending an item to production that is already in the system means duplication of work for many people, so detecting these items early enough in the upload process was vital. 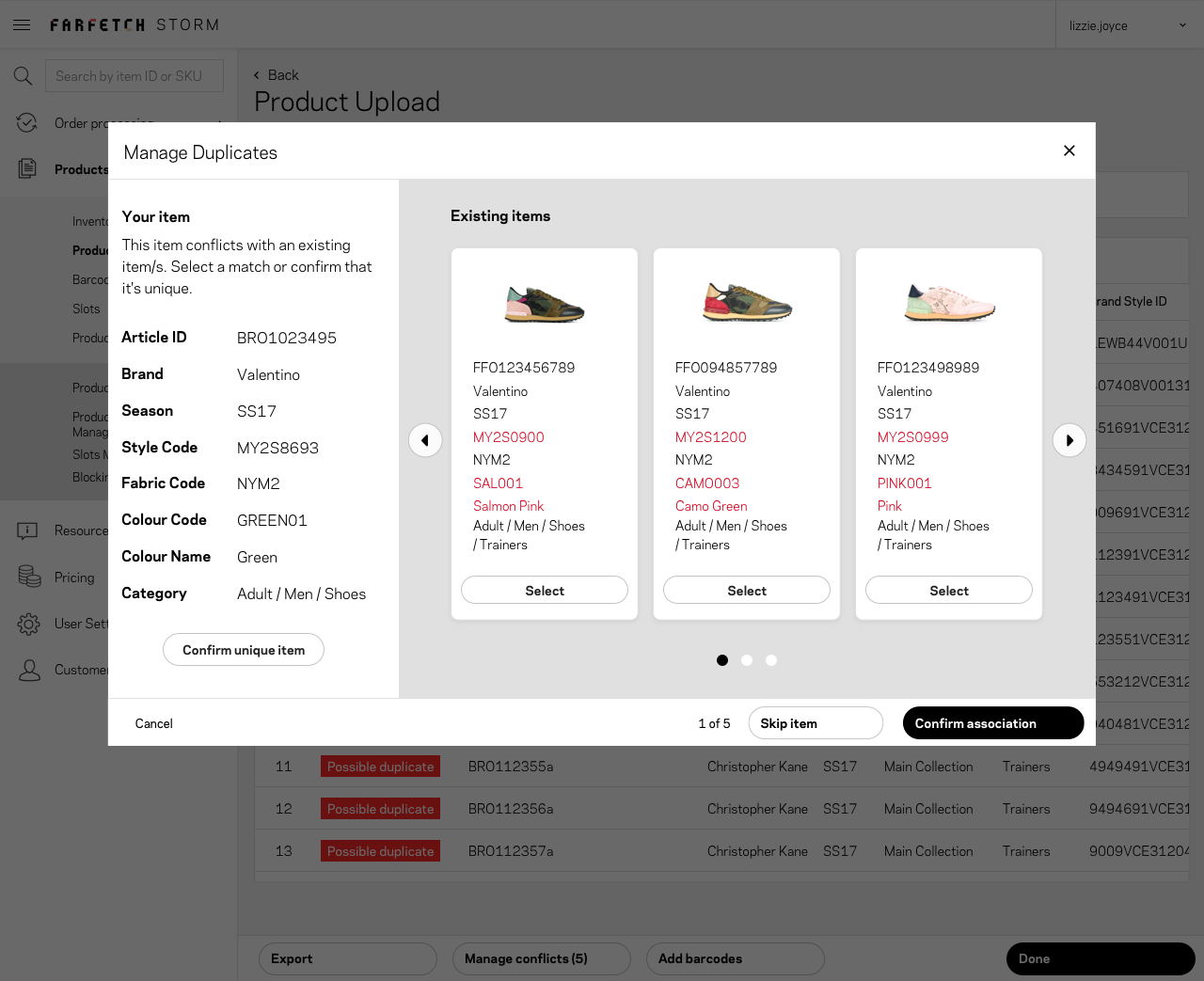 I wanted to make the duplication detection and correction simple and move visual so I designed a tool that will compare potential duplicates and give the user easy tools to correct such duplicates or remove them altogether if necessary.

One of the best parts of the project was trying to come up with quick solutions using a technique called ‘blockframing’ simiar to wireframing, but using blocks, and less specific elements such as texts or images.

The idea is to make a quick clickable prototype that woudn’t take more than 5 minutes to build, this was very helpful specially during meetings, reviews or presentations where I could jump into Principle and have a demo of something we were discussing around but it was only in our heads, thanks to this, I was able to show them exactly the interaction I was suggesting and see if it could work.

Due to the nature of the project, my job as an external consultant came to an end, I delivered many UX documentation and screen based UI designs that will help them to keep designing and building this tool internally.